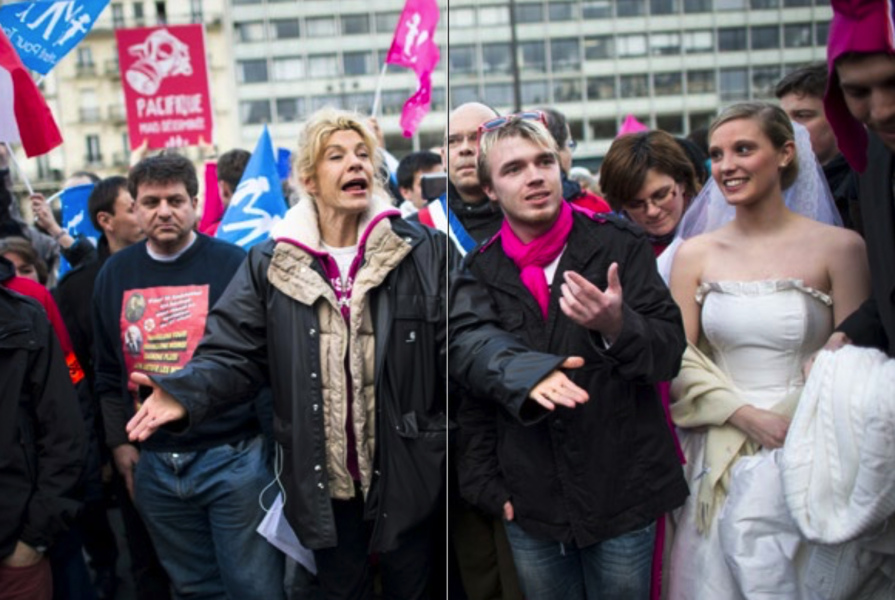 The latest report from the Swiss Federal Statistical Office shows that “between 2010 and 2018, the share of Roman Catholics and Protestant Reformed in our country decreased (by 3 and 5 percentage points, respectively), in contrast to that of Muslims or Islamic communities (+ 1 point). The share of people without religious affiliation increased by 8 points".

Therefore, are we witnessing a "collapse" of Christianity in Europe? Guillaume Cuchet, professor of contemporary French history, raised this question in his latest book*.

During a recent conference at UNIGE, he provided a negative answer. No, we are not witnessing “the collapse of Catholicism: just because the indices - who goes to mass, who gets their children baptised - have collapsed since the beginning of the last Century, this does not mean that we have therefore ceased to be Christians. Indeed, we are still Christian, but in a different way, within a historical context which has profoundly changed in all aspects”.

He reminded us that "Gabriel Le Bras, founder in France of religious sociolo- gy, published a text in 1963 which has remained famous: De-Christianisation, a misleading word, according to which, in conclusion, basically, a French, but also European, de-Christianisation appeared rather questionable”.

Why? "Not only was yesterday’s world a lot less Christian than one might imagine, but, more than that, in fact, today’s world may be even more so" stressed Guillaume Cuchet, "in the sense that, in 1963, those who had experienced the trajectory of the Church between the beginning of the Century and the 1960s could legitimately think that they had witnessed an episode of re-Christianisation of French society: in fact, the Church of France, in the 1960s, appeared to be in much better shaped when compared to that at the beginning of the Century, when the separation between Church and State had weakened it considerably, and thereafter renewal movements developed from the 1930s, heralding Vatican II. According to Le Bras, catholicity indices, at best, may have provided us with information on the obedience of the faithful with regard to the canonical prescriptions of the Church, more than on their actual faith".

Therefore, what is the value of statistics? The data recorded during the 19th Century and in the first part of the following do not have the same meaning, depending on the time, as they do not take into account changes in practice. In fact, the term de-Christianisation is not a “misleading” word but rather, according to Guillaume Cuchet, an “ambiguous” word, which needs to be clarified depending on the evolution of the context from an historical point of view.

Having said that, we are indeed in the midst of major changes: the arrival of religions from abroad, and very significant non-religious affiliation among more recent generations.

Indeed, he states that, "according to a recent European study on the religiosity of 16-29 year olds in Europe, a majority of young people declared themselves without religion". However, this does not make them, necessarily, non-believers.

Therefore, we should talk of a decline rather than of a de-Christianisation. However, "the more such a decline becomes pronounced, the more the movements in the Church cease to be movements in society and to have a social impact: see for example, in France, the 2013 La manif pour tous, which saw many people in the street against homosexual marriage, but it was an isolated world, quantitatively, socially and morally”, he concluded.