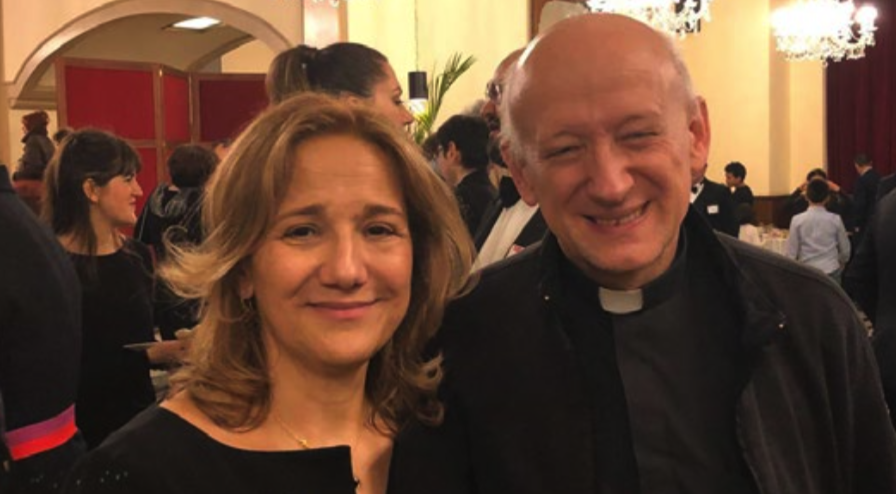 Welcome to the 4th edition of AD MA- JOREM DEI GLORIAM. The theme for this edition is “A world at risk”. The cover image is of Pope Francis, grave-faced and in prayer: a contrast with the jovial, cheerful images we often see in the media.

The Coronavirus, the now familiar COVID-19, has branded our lives with a hot iron. It has disrupted our habits and ways of thinking, and our very vision of the world. A kind of carefree attitude in the face of epidemics and pandemics is no longer what is called for, and the cacophony of voices on how to face this crisis – internationally, nationally, regionally and locally – is no longer acceptable. A standard policy must be adopted at all levels around the world without delay if we are to deal with the situation. Because COVID-19 is a real punishment that we have inflicted on ourselves through our collective carelessness.

Yet, we were warned, very seriously, about what could happen to us. In their 2019 report on global preparedness for health emergencies, the Global Preparedness Monitoring Board, set up in 2018 by the World Bank Group and the World Health Organisation (WHO), sounded the alarm:

“The Global Preparedness Monitoring Board (GPMB) reviewed recommendations from previous high-level panels and commissions following the 2009 H1N1 influenza pandemic and the 2014-2016 Ebola outbreak, along with its own commissioned reports and other data. The result is a snapshot of where the world stands in its ability to prevent and contain a global health threat: “Many of the recommendations reviewed were poorly implemented, or not implemented at all, and serious gaps persist. For too long, we have allowed a cycle of panic and neglect when it comes to pandemics: we ramp up efforts when there is a serious threat, then quickly forget about them when the threat subsides. It is well past time to act. The GPMB will advocate at the highest levels so that continued, sustained commitments – political, financial and social – are high on the political agenda and we will increase accountability for follow-through. The world is at risk. But, collectively, we already have the tools to save ourselves and our economies. What we need is leadership and the willingness to act forcefully and effectively".

Another report by the Intergovernmental Panel on Climate Change (IPCC) is worthy of emphasis, on the consequences of global warming at 1.5°C compared to pre-industrial levels and the associated trajectories of global greenhouse gas emissions in the context of a strengthened global response to climate change, sustainable development and the fight against poverty:

“Avoiding overshoot and reliance on future large-scale deployment of carbon dioxide removal (CDR) can only be achieved if global CO2 emissions start to decline well before 2030”.

Our Earth is suffering. We should keep this report in mind and stop reassuring ourselves with the half measures which are timidly being taken at present. The awareness-raising phase was over long ago; it is high time that we seriously get to work.

Do we want to go on living in a world at risk, lacking the courage to finally implement long overdue measures? Do we really long for our own demise? Without question, we must wake up and begin the work that needs to be done.

“Human lives matter”: Souleymane Bachir Diagne, a professor at Columbia University in New York, was invited to participate in a video conference on a post-Covid world held in June by the Faculty of Theology at the University of Geneva. He said:

"We are on the cusp of an ethical rebellion which we must transform into a politics of humanity. We must behave as if we were all from one country, with a common political feeling of humanity, of solidarity – with a will to redefine what we call development, placing humanity at its heart. A politics of humanising the Earth, a bit like Teilhard de Chardin”.

“Human lives matter”. Let us not forget. It’s a sign of hope.