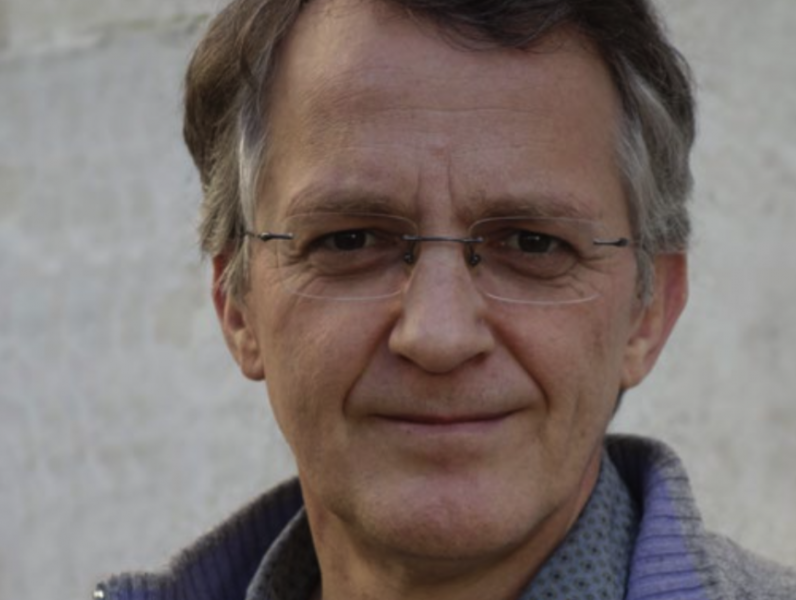 CORONAVIRUS AND THE WORLD OF TOMORROW : A FRESH INSIGHT

During an online discussion organised by Geneva University’s Faculty of Theology and the French Switzerland Institute of Systematics and Ethics (IRSE), Benoît Bourgine, Professor of Theology at Louvain-la-Neuve Catholic University (B), spoke, in May 2020, about the health crisis that has shaken the world during the first half of 2020.

“There is an element of recklessness in giving your opinion about something which is still ongoing", Benoît Bourgine pointed out before he started. “We are living this pandemic as it evol- ves, in a lockdown which is, paradoxically, quite talkative. In the Bible, it is always in hindsight that people understand what has happened. We always need some time to adjust; indeed the Gospels take pleasure in showing us how the disciples were always out of step with events, presenting their disadvantaged position as individuals unaware of what they are experien- cing. This means that we cannot easily discern an action of God in what is happening to us right now. What does the current crisis tell us about the human being? This crisis has come after a series of other crises which left us disoriented

– the financial crisis, the environmental crisis, which has become background noise in our societies, the terrorism crisis, the migrant crisis
– putting at stake the cohesion of our societies. This pandemic reveals both our weaknesses as well as our resources. Covid-19 shows us who we are, with our strengths and weaknesses, both from an individual and a collective point of view, provided that (and it’s theology which provides us with this insight) we do not think that nature is talking to us through Covid-19, as this would mean replacing God with nature, which would be an unacceptable short-circuit. The environmental crisis may perhaps show us how much nature deserves our attention and must be preserved;

however, there is also a tendency for a punitive kind of ecology, pushing towards misanthropy. Coronavirus reminds us that we are also fragile little beasts, and that humans too, are entitled to consideration. And above all, that we had forgotten about our vulnerability and mortality.

On the other hand, it is striking how two very important sources of legitimacy in our societies are being undermined. They are coping and resisting, but still, they are undermined. These two sources are science and democracy. Of course, medicine and politics are on the front line. Have political decisions, taken based on the advice of science, really weighed up the impact of the restriction to freedoms and the social violence of the lockdown? Once the crisis is over, we should be able to provi- de one or more answers to this question.

It should be noted, in particular, that politicians would not have been able to impose such restrictive measures on individual and collective freedoms had the media not repeatedly insisted on the gravity of Covid-19. Previous epidemics were not, after all, given the same weight by the media compared to Covid-19; our minds were not trained to be ready to give up so many of our freedoms. It is also worth bringing up the very problematic role played by the lie, in politics but also in public discourse, about, for example, the usefulness of masks when there was a lack of them. Politically there is a lot at stake here, as freedom is of such importance it should never become hostage to sermonistic journalism, which tends to infantilise citizens by hand-picking the information it conveys. And above all, have the restrictions on our freedoms been the subject of a debate, have all the options been weighed up, have all the consequences of the lockdown been correctly assessed with respect to the seriousness of the pandemic?

Covid-19 has indeed reminded us of the precariousness of life, of the fact that science does not speak with one voice, that it is complex and uncertain.

Caregivers and professionals exposed to the disease are clapped and cheered every evening. It is refreshing to see their role being recognised by all citizens. Both natural and very moving, this ‘experience’ has made it possible to forge bonds of solidarity though it has also mishandled the opportunity to build something ‘common’. We should also take into account all the more visible weaknesses that have appeared, namely the very significant flaws in terms of dialogue, of pooling our intelligence in order to measure the consequences of the weaknesses that have been brought to light during the lockdown imposed in so many countries. We can question, for example, the consequences at the spiritual level: why, in certain countries, could someone walk their pet but the same person was not allowed to go to a place of worship? And why is resuming communal celebrations considered so far behind other priorities for the social body? Religious freedom is one of our fundamental freedoms, however, it has not been treated as such in recent political decisions taken in certain countries. Movements of solidarity have certainly been of benefit, but important issues are still to be faced with respect to the quality of the debate in the media, on which we should be working if we really want to build some common ground.

We must admit that we are witnessing a weakening, an erosion of the religious. At the same time, death does not have a great presence in the daily life of many people, but nevertheless, there is a fear of death which feeds denial which, in turn, feeds fear. Compared with the previous generation, we can say that we have lived believing that society owed us a life of good health until we were 80 and beyond. There has never been so many of us on Earth; we have never lived so long and so well. However, the erasure of religion must be linked to the fact that we have learned to live ignoring death, concei- ving life as we have learned from science. Perhaps, we are even more aware that there are reasons for which to give our life. Life is not the supreme value. This has a strong impact on theology and defines us as a generation. Weber said that in the context of modernity, and with the indefinite progress which accompanies it, we cannot not share the satisfaction of the biblical man who is satisfied with his days and finds meaning in his death because he finds meaning in his life. We are under the impression that we are going to miss the next episode. We are not going to be part of progress, of the next version of the smart phone, for example. We are not able to say, like the biblical man, that we will be reunited with our ancestors, we will be happy after life. We feel like our life is just cut off by death. This is a question which needs to be analysed from a theological point of view, because it characterises us, the Corona- virus generation. This collective challenge is perhaps an opportunity to rethink the link which existed between the intensity of life and the feeling of precariousness. Thinking about life as indefinite may be less interesting than a life whose ephemeral nature is perceived.

This crisis calls for many other reflections. Does the economy now dominate many aspects concerning the management of our societies?

Will the coming generations have to suffer the burden of states which have gone into excessive debt?

Wasn’t it possible to find a better balance between the seriousness of the situation (saturation of hospitals, etc.) and the necessary measures? In some countries, there has not been a total lockdown, nevertheless they have had better outcomes than those where a strict lockdown was imposed. In addition, something worrying has been demonstrated in this crisis, where our freedoms have been carefully defined. There is a perceptible fatigue of freedom. Yascha Mounk, an American political scientist, recently published a book, an important one in my view, "People vs. Democracy", where he states that current opinion polls indicate that young North American and European generations have an appetite for strong power. He recognises a fatigue in democratic debate, which he considers very worrying and which notably has been demonstrated in this Coronavirus crisis. Administrative judges, constitutional judges, have all accepted executives assuming greater powers. Parliaments followed. All this has highlighted institutional weaknesses to guarantee our freedoms. Churches could provide the example of a capacity to debate, to implement collective intelligence stimulated by laymen and women, in particular, of a synodality which is able to reflect the idea of participation in the ethos of democracy.

Finally, something has been expressed, and is still being expressed, in this crisis. A delightful creativity has appeared, as well as a sense of humour, in the face of what is a tragic situation. This conclusion may be glib, but it should not be overlooked”.