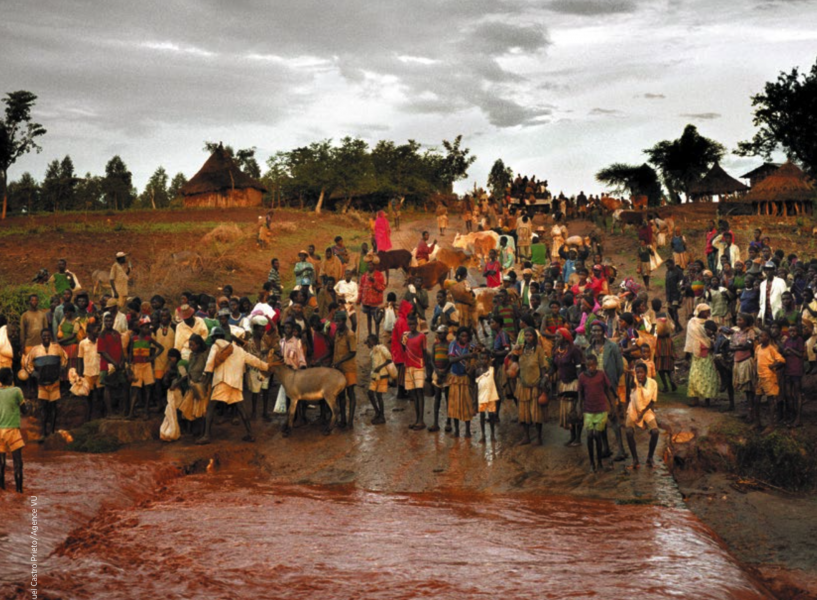 On the occasion of the World Water Day (22 March), AD MAJOREM asked Jean-Benoît Charrin, co-founder and executive director of WaterLex International, to give a speech. Based in Geneva, WaterLex International is a NGO whose objective is to contribute to international dialogue on water, strengthen cooperation between all the stakeholders concerned by water and promote a global governance of water.

AD MAJOREM (AM) : Since when has water become a major global challenge ? 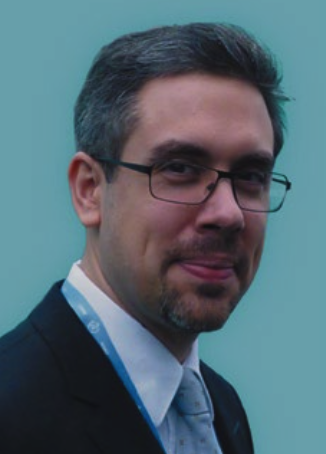 Jean-Benoît Charrin (JBC) : At the end of World War II, nobody talked about water. The problem of water was not recognised
as such when the Human Declaration of Human Rights was negotiated. The first major United Nations conference on water took place in Mar del Plata in 1977. But this issue was not dealt with during the Rio negotiations (desertification, biodiversity and climate change) in 1992. Because, in the meantime, it has become a political and economic challenge. Indeed, when we talk about water, we do not only talk about a problem in terms of quantity linked to cross-border conflicts but also

in qualitative aspects and we obviously think about everything that is related to pollution. The situation has hardly changed today. In Paris last year, the COP 21 looked into climate change which everyone knows directly affects the management of water. But the word “water” is missing from the final document. From an intergovernmental point of view, there are only two framework conventions – of 1992 and 1997 – which have been not been greatly ratified to date. On the other hand, there has been an increased awareness as far as companies are concerned. Nestlé and Unilever, for example, expressed their position on the issue a decade ago. The Water Resources Group (WRG) 2030 (www.2030wrg.org), which was created at the initiative of Peter Brabek-Letmathe, the former CEO of Nestlé, covers a series of companies from different sectors so that they take active steps and work with the authorities to increase awareness on the need for a multi-stakeholder dialogue. This initiative is hosted by the World Bank. Last year, the World Economic Forum (WEF) moreover acknowledged in its report on the key operational risks for investments that water was a major challenge for the business environment more so than climate change or, in another field, corruption for example. This contributed to placing water at the heart of environmental concerns in 2015.

AM : We often hear about complaints against poor entrepreneurial conduct in the area of safeguarding water but few positions are taken or criticism made on what the States do or do not do on the matter.

JBC : Indeed, but it is nevertheless the actual situation in the field. Clearly, political powers refuse to accept the responsibilities for water management that are incumbent upon them and adopt a stance which results in particular by a trend towards the commoditisation of this resource by granting rights of use on a market basis. Result : he who has the most money buys them and manages them how he sees fit.

“The main approach followed, in particular by WaterLex, is to give the populations an active role in defining government policies and in the decision- making mechanisms which deal with water.”

AM : This is why in so many megalopolises of the South, we are under the impression as a visitor or tourist that we are living
in a western country. We do not ask how they can prosper by making a dent in their hinterland where the resources come from.

JBC : Quite right. We can take the example of the City of Mexico where several watersheds are interconnected to ensure its water supply. The over pumping of the water tables makes the farmers poorer as they do not have the money to dig deeper wells. Social crises are growing and, at one point, a lumpenproletariat appears at the gates of these megalopolises. Furthermore, in these urban centres, they are not prepared to pay the price for an effective water infrastructure in particular in terms of minimizing losses – there can be up to 60% of water lost in an infrastructure. We have to become aware of the fact that these losses can only be minimized by continuing investments in renewing the infrastructures. The wealthy classes of the populations of these cities are not willing to accept this investment. They are able to find drinking water in bottles at a price, which for them, is affordable. Between on the one hand the politicians who do not wish to increase the taxes to cover these costs because they want to be re-elected and, on the other, the wealthy classes of the population who buy their supplies when they wish, we find ourselves in a situation worldwide where the vast majority of companies which supply drinking water are completely ineffective and which is very difficult to remedy. It is a governance problem and not a technical problem.

AM : How can we remedy it ? Should we give the control of water to the sovereign authorities ?

JBC : The main approach followed, in particular by WaterLex, is to give the populations an active role in defining government policies and in the decision- making mechanisms which deal with water. This should result in the recognition of the human right to water. But this right has a cost : a dialogue between consumers and water managers, who have justified financial constraints, must be set up.We cannot say : water must be free. No, water has a cost. And the populations and the NGOs must be present in the decision- making mechanisms relating to the rights of use. It is quite simply the only means of ensuring governance and of implementing a democratic control of the management of the resource. And to do this, it is necessary to first entrench the right to water in national constitutions which result in participatory decision-making mechanisms between the public and private sector at watershed level. There is for example a South-African law which says that the first stage is to calculate the quantity of water per watershed, then assess the water requirements of each sector : water to respect the ecosystem and protect biodiversity ; then water for the population, then water for subsistence farming (not to be put on the same level as industrial farming) ; finally water for the industries. This law was drawn up at the end of the apartheid in a context of a desire for national dialogue. This law is a model for us all.

“Water has always been a public good, a common good. All the difficulty resides in its distribution. Who is to be in charge ? How is it to be provided ?”

AM : On an international level, is there a desire to develop this governance ?

JBC : In 2000, the Millennium Development Goals provided in particular that the number of persons who did not have access to “improved” water should be halved. At the time we did not even talk about drinking water ! In the meantime, there has been a new dynamic thanks to a State in particular : in 2010, Bolivia obtained the recognition of the right to water from the United Nations General Assembly. Following this, the Human Rights Council was given the mandate of assisting countries to implement the legal aspects of this right. Today, five years later, one of the goals of sustainable development is to ensure access to water which all the countries in the world have adopted. We are now in a situation where all the development aid will be adjusted to the sustainable development goals. As far as companies are concerned, they now have a framework which legitimates their presence and involvement in the implementation of these goals.

AM : Will water become once again a common good in the meaning of the social doctrine of the Church ?

JBC : It has never lost this status. The question of the ownership of water has never been the right question. Water has always been a public good, a common good. All the difficulty resides in its distribution. Who is to be in charge ? How is it to be provided ? The reply must come from any or all stakeholder of water governance in a given watershed. The reply cannot come from the companies and authorities alone. If civil society is not in the loop, it will not work. Civil society and the companies alone, it will not work either any more so than civil society and politicians alone. We also have to break with the ideologies of civil society which aim to exclude companies and vice versa : companies which claim for example that civil society is only there to throw a spanner in the works. This is typically the role of WaterLex to act as the catalyst in this field. Criticising Nestlé for its bottles of mineral water is sidelining the dialogue sought.

AM : Which stakeholder should be mobilised as a priority as far as the watersheds are concerned ?

JBC : WaterLex always starts by talking to the legitimate authority : a ministry, that of agriculture, environment, public works or energy. Sooner or later, one of them lends a sensitive ear to our message. If there is no willingness on the part of the government, it is very difficult to legitimate the facilitation process. This legitimacy can also come from national human rights commissions which have a parliamentary office to ensure the democratic control of the resource. In 2015, the National Human Rights Institutions Water Initiative for Good Water Governance platform brought together several of these commissions.The dialogue between the various stakeholders must thus take place and we have until 2030 to show that we are capable of succeeding.