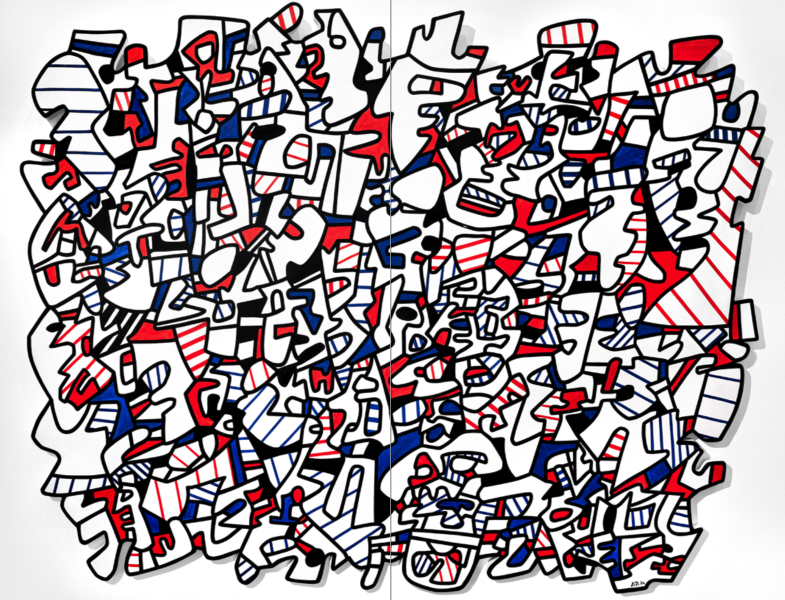 JEAN DUBUFFET, A BARBARIAN IN EUROPE

Painter, sculptor and writer Jean Dubuffet (1901-1985) was a main player in the 20th century art scene. The exhibition entitled “Jean Dubuffet, a Barbarian in Europe” pays tribute to the artist, focusing on his visit to post-war Switzerland, notably to Geneva’s Museum of Ethnography (MEG), a trip which would be crucial for his definition of “Art Brut”.

In the aftermath of the Second World War, the elusive and controversial artist put forward a radical critique of the art and culture of his time. In an attempt to rid himself of the dominant codes of the history of art, he gave himself the freedom to explore various artistic techniques. Where did he find art that was different? In Africa, Oceania, children, psychiatric institutions, prisons, folk art, street graffiti. Like a barbarian, Dubuffet pulled down traditional culture, opening up new paths and taking an interest in anything which appeared to him to be free artistic creation.

“Jean Dubuffet, a Barbarian in Europe” focuses on the artist’s visit to Switzerland in the summer of 1945. His trip began at the Geneva Museum of Ethnography (MEG), where he met Eugène Pittard, director of MEG from 1935 to 1952, and Marguerite Lobsiger-Dellenbach, director from 1952 to 1967. They introduced him to a psychiatrist from Geneva, Charles Ladame, and a psychiatrist from Bern, Walter Morgenthaler, who acquainted him with different types of works of art.

He would develop his concept of “Art Brut” from these meetings.

The exhibition shows how Dubuffet com- bines his artistic activities with research devoted to “Art Brut” in his work. The diverse range of work he produced is on display, as well as objects from his collection and other objects from ethnography museums or psychiatric hospitals, which he saw and enjoyed over time.

The exhibition is supported by the Dubuffet Foundation and the generous collaboration with the Collection de l'Art Brut in Lausanne.

"Jean Dubuffet, a Barbarian in Europe" is a co-production which debuted at Marseille’s Mucem in 2019, before being exhibited at the IVAM in Spain (Institute of Modern Art in Valencia) and then in Geneva.