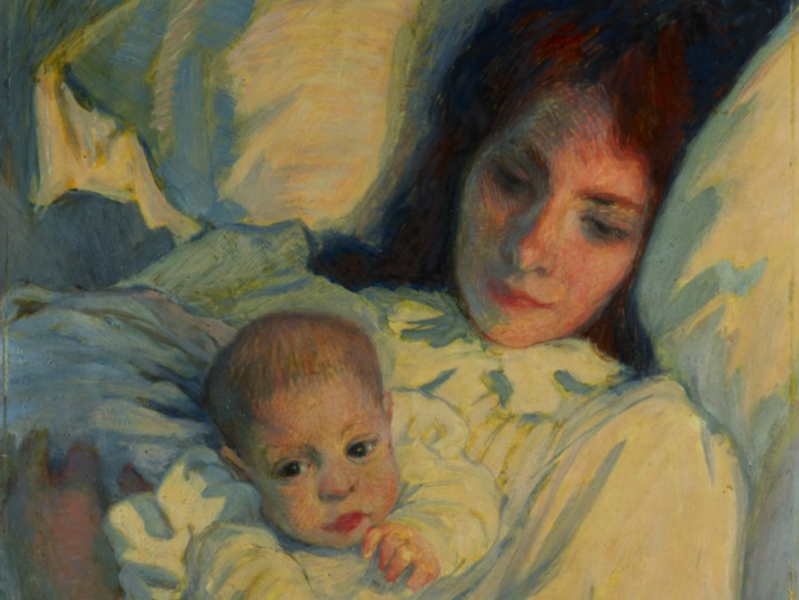 THE CHILD IN SWISS ART: FROM AGASSE TO HODLER

A new Fine Arts exhibition, opening in room 15 of Geneva’s Museum of Art and History (MAH), addresses the topic of the representation of the child in Swiss art, during the period 1830 to 1930. From the 19th century, art and literature began to take an interest in the child as a subject in its own right. Artists looked at the figure of the child from all points of view : their aspirations, their needs, their tastes, and even the most intimate aspects of their psychology.

At the dawn of Western painting, image- ry of the child was limited to the divine child, allegorical or mythological figures and princely or aristocratic portraits where the child was commonly represented as an adult in miniature. However, economic changes, the emergence of the commercial bourgeoisie, and the religious upheavals linked to the Reformation and Counter-Reformation, brought about an evolution in the representation of the child. This turning point came during the 16th century in the Netherlands and Italy, the 17th century in Spain and England and the 18th century in France. The ‘nuclear’ family made its first appearance, focusing on the intimacy of the pa- rent-child relationship. Artists were thus asked to produce portraits, a symbol of the family’s affection.

From the Age of Enlightenment, the child started to be considered a being in their own right and thus became a subject for political, moral and social reflections.

The child’s needs, characteristics, edu- cation, health, and hygiene all became subject matter for philosophers, biologists and doctors. The first educational trea- tises were published, with Jean-Jacques Rousseau’s Emile providing an innovative vision of childhood. The topic reached its apex in the 19th century, both in literature, in the form of new, popular characters such as Oliver Twist, Heidi and Little Lord Fauntleroy, as well as in the visual arts.